Our end-of-discussion with our Finance Director is a savvy mix of snippets of advice, inspirational figures, and a little bit of Italian flavour.

This is the second part of our Q&A session with Simon — Part 1 can be found HERE.

Are there any EO companies or companies in general that you get inspiration from?

Not necessarily EO companies. I did a bit of online training with Babson College, about 18 months ago, and there was a course called 'Conscious Leadership'. One of the speakers on the course was Bob Chapman, who’s Chairman and CEO of a company in America called Barry-Wehmiller. They’re not employee-owned, but he’s very much about creating a family atmosphere for every company under his umbrella with a focus on conscious capitalism. “Business could be the most powerful force for good in the world, if leaders embrace the responsibility of leadership. Caring for people and giving them meaning, purpose and fulfilment through their work is not in disharmony with creating value”. When you read what he has achieved, and what the company has done in terms of creating that good atmosphere, where everyone has an opinion, everybody’s voice counts, empowering people to make decisions, a lot of that ticks the boxes for how we would like to operate as an EO company.

Another one that I do find quite inspiring, is a chap named L. David Marquet – he wrote the book “Turn the Ship Around” – who was a commander of a US nuclear submarine. The Navy has a very top-down approach, where the captain on the boat tells you what to do. They turned it around to say no, actually what we are going to do is empower everybody on the submarine to make decisions. His argument being, it’s best to have 200 brains thinking about the right thing to do rather than one, just the captain, and it is!

I’ve also had a few chats with John (Housego) about his time at W.L. Gore, and I’ve seen the Gore building as well, and they did a presentation at a leadership course that I was on with EO Scotland. On the one hand, they have a very different business to Aquascot, not just because of the field that they operate in, but because they were set up as EO since day one, whereas we were not that way, we’ve moved to EO over time.

But I really like what W.L. Gore are about in terms of you don’t apply to be a leader, the leaders are selected by the team, and then you naturally follow that individual. And if that individual loses the followership, then they can’t be a leader. Which is not how businesses in the UK typically operate, a leader is appointed and imposed upon the team.

We are not yet there with Aquascot, but we can get there. Right now, our people are coming to terms with being accountable and having the power to make decisions. We are moving away from reporting problems up the line and instead are focused on identifying solutions to the problems.

Were you involved in the refresh of the Aquascot values?

Yes, so that was within a month or two of me joining, that we were going through sessions at the Capstone Centre, with Shona (Mitchell) and Derek (Penman) from People Matters, helping facilitate those. It was pretty powerful actually, because there was a really good cross-section of people from across the Partnership base at Aquascot, and we did start with a blank sheet of paper as well. So we ended up with what was genuinely the thoughts of the group and not what senior management thought the values should be.

I relate to all four of them as an individual, but the one I find the most interesting is probably Naturally Kind, because it isn’t just about being kind. That’s actually about being honest with everyone, holding people to account, and respecting everybody. I think they are a good set of values. We just need to make sure we all live them and call out behaviours that don’t match our values.

"Naturally Kind isn't just about being kind, that's actually about being honest with everyone, holding people to account, and respecting everybody."

What is the best piece of advice you’ve ever received?

Wow… a couple things. I don’t want to get preachy, but I was told a long time ago, the secret of life is not what happens to you, but what you do with what happens to you. Everyone, in your professional career, you will go through rough times, and you can either get down about it, and take it personally, or you can just say, that is what it is – it’s how you react to it and how you use it going forward. I figured that out a few years ago, and it has made my life a lot easier. Don’t take things personally. It’s how you learn from it and how you use it to your advantage going forward. 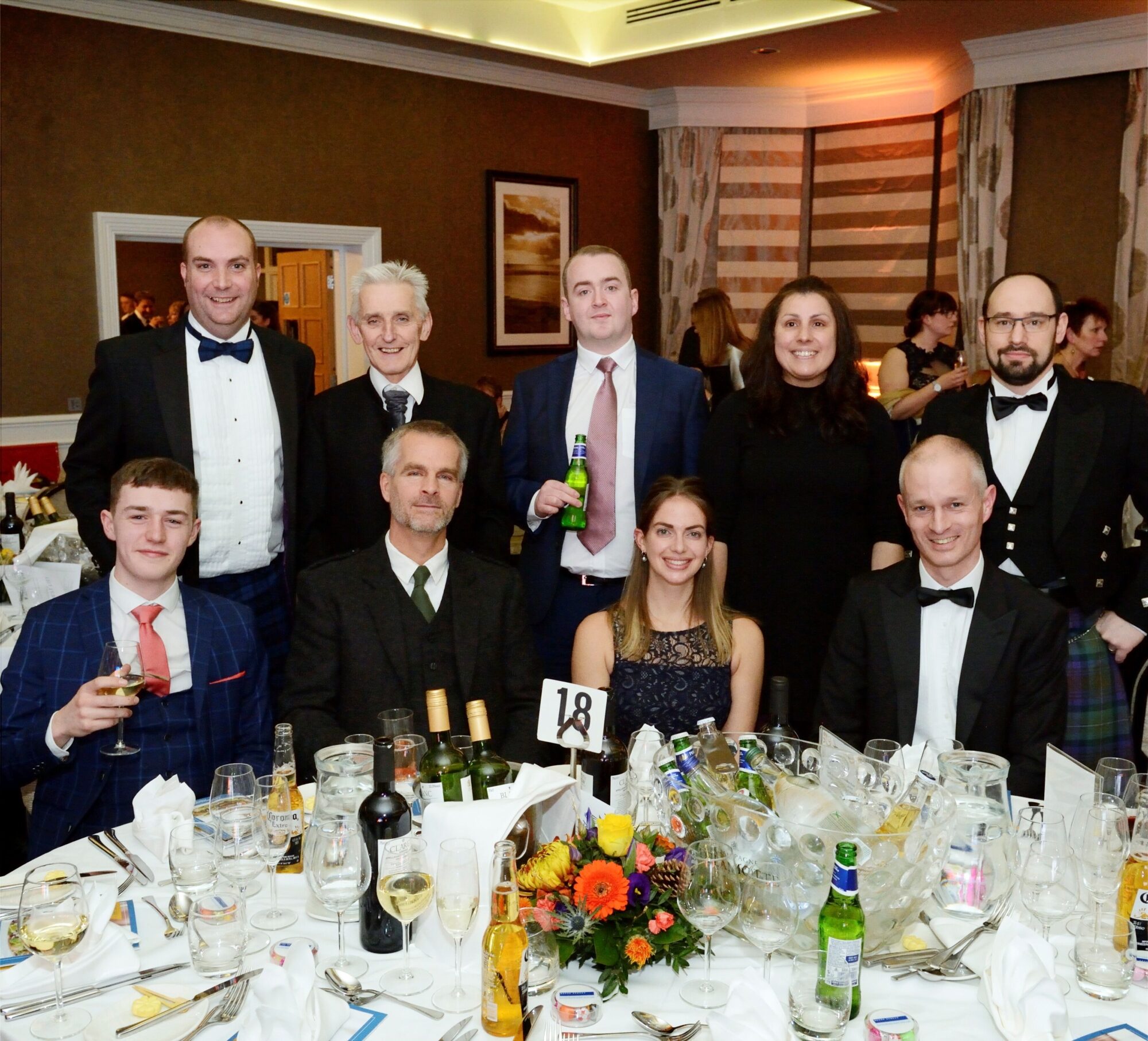 What is the worst piece of advice you’ve ever received?

It’s not advice as such, more a way of working. I have had experiences before where senior leadership would hire people in, senior people, and if it didn’t work out for them after 3 months, we would just let them go. I had to sit through that process a couple times and I thought no, that just doesn’t tally with my value set at all. When you’re applying for a job, it is an emotional journey, and you put a lot of hope in it, and then join somewhere and you’re basically left on your own for 3 months, and then you’re told at the end, no that’s not working, we’ll serve you a notice.

What would be your last supper?

I’m a big fan of a sourdough pizza, in the best Neapolitan style. A pizza margarita, nothing flash, with a very nice glass of red wine, probably followed by a tiramisu, and a double espresso.

What are your favourite hobbies? How do you occupy your free time?

When I’m not at work, there’s two things I seem to spend my time doing. The first one is cycling, I’m a very competitive cyclist. Over the winter months, I use Zwift, which is a platform for virtual bike racing – you hook your bike up to a turbo trainer, and that moves your little character along the screen. I am part of a racing team and basically kill myself every Tuesday and Thursday evening wondering why I’m doing it, but then I feel good afterwards.

Over the summer months, I’ll take part in outdoor cycling events such as the Loch Ness Etape. And if I’m not doing that, my wife and I will be walking our dog – a Welsh terrier – somewhere, in the countryside, round about Inverness.

How would you explain your attachment to the Highlands?

I went to university in Edinburgh, from 1992 to 1996, and when I left, I was applying to jobs to do my Chartered Accountancy (CA) training. I sent out loads of applications, and the first one to respond was a company in Inverness. I’d never been in my life, but I moved there for 4 years, did my training, got my CA exams, and met my wife!

We then moved away to Edinburgh, after that, for the best part of 15 years. But you know, when you live in a big city – and I spent some time working in London as well – it can become quite claustrophobic. Whereas I like being up here, because although I live in Inverness, five minutes away from the house, you’re out in the countryside, and you don’t see a lot of people, so there’s peace to walk the dog, ride my bike, etc.

Follow Aquascot on LinkedIn and Facebook for the latest news, recipes and information from the Scottish seafood people in Alness. 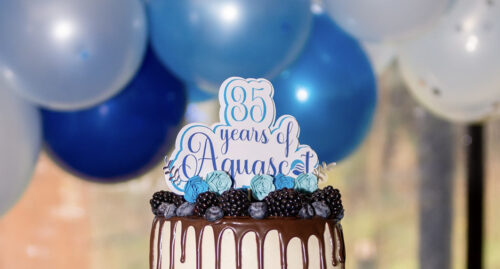 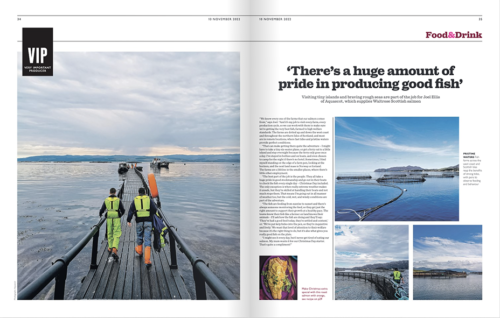 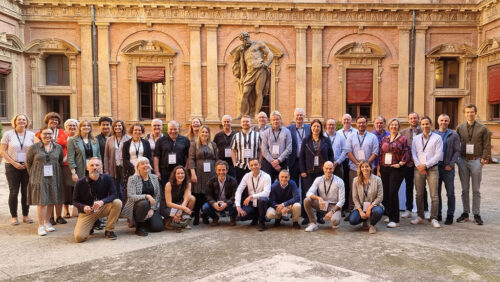 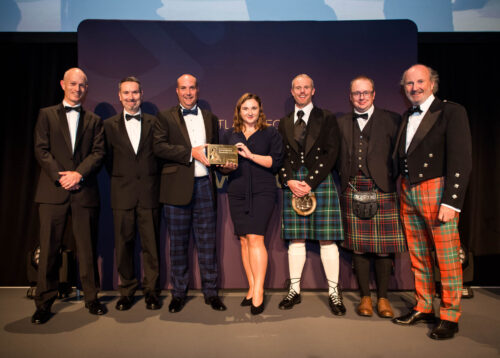 The Scottish food and drink scene assembled in Edinburgh for the annua...