We continue our conversation with David Chapman — discussing sustainability, targets, the benefits of fresh perspective and our internal/external comms.

“We need more suggestions and we need more people working on projects — we’re all going to have a responsibility.”

How do our sustainability and environmental goals affect your approach to procurement?

Well, until we fully determine that strategy it’s not really going to affect what we’re doing. We’ve always had that consideration from an environmental point of view anyway — it will probably just move higher up the agenda.

Within the department, we try to reduce, remove or reuse the materials that we are buying in; so certainly within our plastics, we’ve done some great work in reducing the gauge of our materials over the last couple of years. With the impending plastic tax coming in, we’ve been trying to either reduce the amount of materials we’ve been using or looking at alternatives ahead of that coming into force; and it's the same with some of our cardboard boxes, for instance. We’ve tried to reduce the amount of material that we’re using on that — tried to use different grades, slightly alternative materials — but that’s both from a cost mitigation point of view and an environmental perspective.

Can you tell us more about the mission pillars?

Basically, we are refreshing and making really clear our 3 to 4 year strategy. We had a new 5 year strategy that was created last year, and then in light of COVID we are just reassessing and refreshing that.

One of the key pillars is around delivering our Environmental & Sustainability goals. So, essentially it’s about defining what we are going to focus on as a business for the next 3 to 4 years; and if it doesn’t fit within one of those mission pillars, then we shouldn’t be doing it or focusing on it.

So, it should give all partners — whether you’re a night time hygiene operative, a forklift truck driver, part of the Riverside operations team, in dispatch, it doesn’t matter who you are in the organisation — these should be really clear, really well-defined strategic objectives of the business so that everybody can see what we are aiming to do, as an organisation. But as importantly, what part they play in that. As a Board, as a Leadership Team, as a Partnership Council, we’re all accountable.

You welcome a Sustainability Intern to your team in June. How important is it to get fresh perspective and initiative into the business?

Massively important. As a business, quite often you’re focusing on the day-to-day, and there’s quite a lot of 'fire-fighting'; so bringing in some additional resources with a fresh pair of eyes, a different view of the world and bringing new ideas is going to be hugely important.

They’ll be coming in to look at single-use plastic (SUP) use within the SUP workstream; however, they will get opportunities to get involved in some of the other wider Environmental & Sustainability work through some of the other workstreams and some of the other initiatives that are going on. We’ve done some work in the past around SUP, however there’s a couple of things that we would have liked to achieve over the last year to 18 months that — due to other priorities, and maybe a lack of resources — we haven’t managed to do yet.

So, hopefully, with the levels of enthusiasm and desire to learn that they’ve put across in the interview, I think they’ll be able to deliver what we need. Doing all the kind of heat map and the baseline study stuff is just one of those things that slipped down the to-do list, and we need the buy-in and the input of every single department. So, there’s quite a lot of groundwork and a number of conversations that have to be had. Having somebody that’s focused on that is going to make a real difference.

We all speak to suppliers and we all read trade journals, you know, but we can’t go to packaging shows anymore. There are webinars but we don’t have time to look at it all and we certainly don’t know everything in terms of some of the latest research or some of the latest materials coming in, so bringing new talent in will hopefully give us a different perspective on that. And, as always, there’s always a reason not to do something. It’s like: ‘that will never work because such and such’, whereas hopefully a fresh pair of eyes coming in will challenge that and say: ‘why not, why can’t this work?’

What are the next major goals for Aquascot in terms of sustainability?

I think it’s creating this strategy, first and foremost. We’re committed to becoming carbon neutral by 2030. But at the moment, in all honesty, that’s still a purpose statement. We don’t yet have a clear route map of how we’re going to get there and we don’t have a truly up-to-date picture of how far away we are from that. So, firstly, we need to create a picture of where we are at the moment, in terms of how much carbon we produce, then with the view of becoming carbon neutral in 2030 it’s then, through these workstreams, how do they contribute to making sure that we achieve that.

Also, it's about making sure that we just start delivering stuff soon! That date of 2030 is going to come along pretty quickly so, as an Environmental & Sustainability Group, we need some 'quick wins'. You know, we’re already doing lots of good stuff but we need to coordinate that — and we need to show the wider business and the wider partner base some of the things that we are achieving.

Is there anything else you would like to add?

As I said, it’s a newly formed group so there are lots of opportunities. But as a group it’s all in addition to our day jobs and it’s in addition to some of the other things that we are doing as individual partners. So, whether you’re on the Partnership Council, or you’re involved in the roll-out of Microsoft 365 — or all of the above — people are really busy already with their day jobs. But, ultimately, it’s something that we need to do.

It’s not just going to be good glue for our relationship with Waitrose; it’s going to be absolutely fundamental to our relationship with Waitrose. Even in the short term, there’s some really exciting projects and some big wins that we can get — whether that’s removing polystyrene boxes from our supply chain or introducing new renewable technology across both our sites. It’s something that we’ve never done before.

Hopefully, these projects get some good case studies and some positive news that we can publish, then that’s the catalyst for other projects coming through. But, if we just sit around and talk about what we’re going to do, we’ll be in the same position next year, and we’re a year nearer to 2030.

Besides, we saw through the intern interviews that they had all been on the website, and they’d all been on that section of the website. They were all really encouraged by our commitment for carbon neutrality in 2030 — it was a big draw for some of these great candidates. So, is that going to be a key thing that we need to offer as an employer of choice?

With the new website, it feels like Aquascot is really showcasing who we are to new job candidates?

It’s raising our profile, attracting talent in. If they can’t see who you are and what you do then why would they choose you over going to a bigger company where they know what they’re joining?

Also, look how different it’s going to be for new people coming in, say, six months’ time — we’ve got a proper intranet, and so they'll come in and they’ve got all this information about who’s who and what each department does and how the organisation fits together and what our missions are. It’s night and day to what we’ve been before — a big step forward in our communication!

How is the IT project implementation going to help the Environmental Group?

It’s going to be the platform that we use. At the moment, we’ve met twice as a group and each of the workstreams has met once. Teams has made that possible whilst the vast majority of us are still working from home. Microsoft 365 is going to move that collaborative working on, massively.

If you take our SUP workstream, for example, we’re all going to be working in different departments. We all work differently, we work different days of the week — some are off site, some are on site. So, having that to share ideas or share documents or share progress, it seems it’s going to make a massive difference for team working and inter-departmental groups like this.

From a steering group perspective, it should give us better visibility of what’s going on in real time within each of the different workstreams — but as always, until we all get to grips on how that works and the wider benefits of it, it’s a bit hard to say. It’s going to be another step forward — a million times better than previous systems.

Part 1 of this Q&A is available HERE.

Follow Aquascot on LinkedIn for the latest news, recipes and information from the Scottish seafood people in Alness. 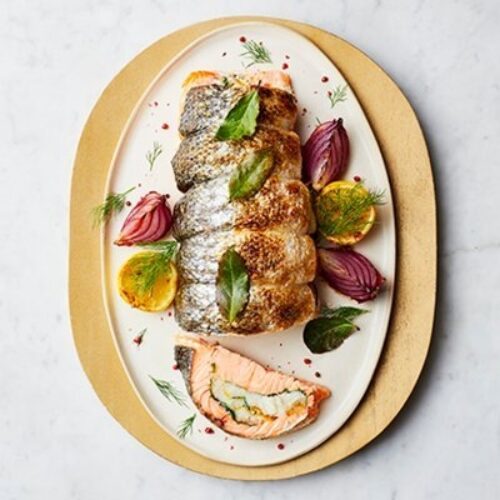 It's that time of year once again — Aquascot partners have been hard a... 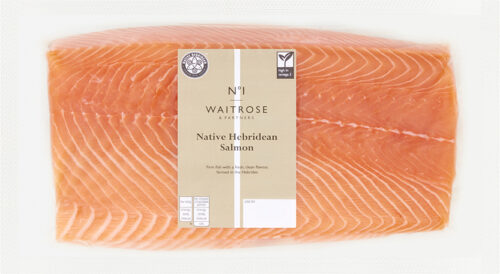 Keep an eye out on Waitrose shelves for the imminent return of special...